Having had the honour a while back to guest blog on Marion Grace Woolley's blog, I was desperate to return the favour, partly because she would be my first ever guest blogger (an event worth the Italics and the odd whoop, I reckon), but because I know what an inventive writer she is, with a great background. I also said write anything you like, so was intrigued by what she would come up with.

I reckon she came up trumps.


“Where does all the darkness come from?”
“It’s funny your books are so dark, you’re actually a really happy person.”

The first comment came from my mother after the release of Lucid. It involved an uncle murdering his niece after dosing her with LSD – undeniably dark.
The second came from my twelve-year-old nephew, who is himself an avid reader and perhaps the greatest challenge to my books-shouldn’t-carry-age-limits stance - see here. Thankfully my theory holds strong. The words in my books are just long enough, and the concepts just adult enough, to lose out to Point Horror.


When posed by loved ones, these are questions that get under your skin. We’ve all got demons to draw on for inspiration, but what causes some writers to go looking for that inspiration in the first place? Why don’t we all just write Mills & Boon or happy-ever-afters?
Part of it has to do with what I’ve grown up with, I suppose. Sure, I liked the Care Bears, but I also liked Goosebumps and reruns of The Twilight Zone. Something my nephew would undoubtedly understand with his interest in Horrible Histories. As much as adults like to deny it, most kids love a bit of gore.


That graduated to a strong interest in horror movies. I think Pet Sematary may have been the first book-to-film adaptation I saw, having read the book. I loved Stephen King, James Herbert and Shaun Hutson in my mid-teens. (I also loved Terry Pratchett, but that doesn’t quite fit into my tale so well.) My dad and I bonded over horror movies. We’ve sat through The Human Centipede and Midnight Meat Train together, as well as more humorous stuff like Severance.
Now, I’m not saying this should be everybody’s bag, but for me it’s pure escapism.
I live and work in an area of Africa that experienced a genocide just over twenty years ago. Part of my job recently involved showing human rights delegations around memorial sites and refugee camps, talking, in depth, about what happened. The country is very different today to how it was two decades ago. It has a very modern capital with big shiny buildings, voted the second safest city in the world for women to walk alone at night. Yet the scars are still there. Survivors exist, trauma exists, mass graves exist.


I am extremely aware of the difference between reality and fiction.

Which perhaps makes it strange that I should abhor the reality of murder whilst adoring the fictionalisation of it. My novel Those Rosy Hours at Mazandaran was written in first person about a young girl who took pleasure in killing.


Duality tends to create a really big problem within our black and white rigidity of social norms: how can you say one thing, and think another? Perhaps due to generations of ambiguous political figures we inherently come to mistrust anyone who can think dualistically on topics that should clearly divide.
Writers don’t have that struggle with duality – or, if they do, they seldom turn it into a war.


Writers, actors and artists live somewhere between socially accepted normality and inner reality. They create the moral person committing an immoral act, the villain who is accidentally a hero, the character you identify with even though you hate what they do, the character you don’t identify with yet can’t stop reading, the voice in your left ear and the voice in your right.
We are all a very big mixture of everything, but provided an author doesn’t get lost in the maze of their own imagining, they return to their balance point.


There was an interesting interview with late author Ian Banks - see here - in which he was asked:
Q: When you're writing about dark material, is it in any way strange writing in the first person?


A: Not really, no. It's a technique you get used to as a writer, you know? You don't really think about it, you just get on with it. It's an answer to a technical problem, if you like, and so it's something you adopt quite naturally and easily. It has no real bearing on your own psyche.
It seems awful to reduce the creative process to a ‘technical problem,’ but it is. Fiction authors are in the business of escapism. The moment you stop to ask yourself whether what you’re writing is acceptable or offensive, you’re no longer escaping.


Perhaps the most shocking things to write about provide a chance to explore the most complex parts of being human. Sometimes we like to escape with romance and happy endings, and sometimes we like to escape into a puzzle. Hutson’s Nemesis was the first novel I even put down because I was too squeamish to continue. More recently, Laine Cunningham put me right off my dinner with a scene in He Drinks Poison, involving jam jars.
Far from resenting these writers for making me uncomfortable, I feel an incredible sense of admiration for minds that stretch further than mine. It is at the point of greatest discomfort that we tend to learn most about ourselves.


That, I think, is my attraction to darkness.
~~~~~~~~~~~~
Marion Grace Woolley studied at the British Record Industry Trust  (BRIT) School of Performing Arts, Croydon. After obtaining an MA in Language & Communication Research from the University of Cardiff, she declared that she'd had enough of academia and decided to run away to Africa.

Balancing her creative impulses with a career in international development, she worked and travelled across Africa, Australia, Armenia, and a few other places beginning with 'A'. In 2009, she helped to oversee the publication of the first Dictionary of Amarenga y'Ikinyarwanda (Rwandan Sign Language), a project of which she was immensely proud to have been a part.
The same year, Marion was shortlisted for the Luke Bitmead Bursary for New Writers. She currently lives in Rwanda, where she works in human rights and international development. 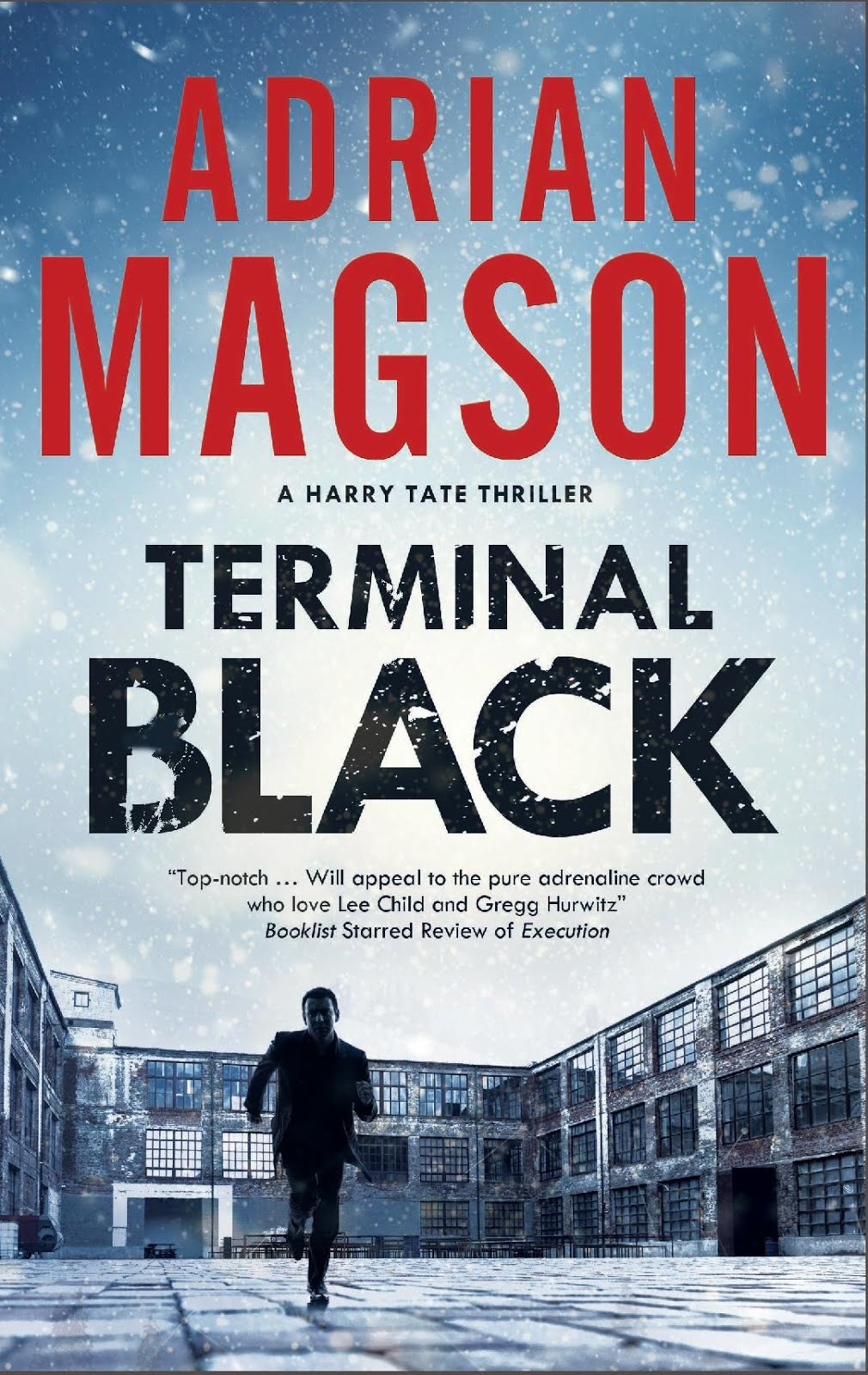 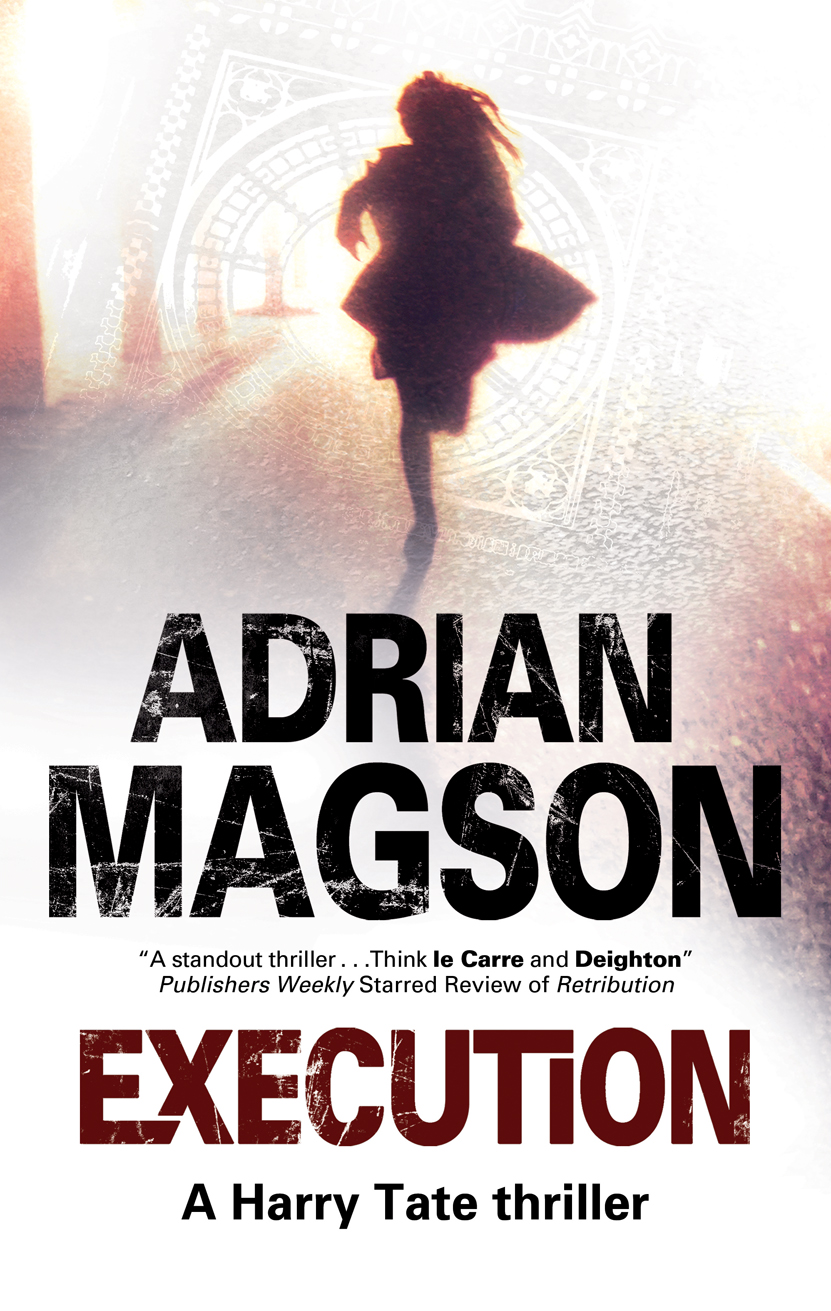 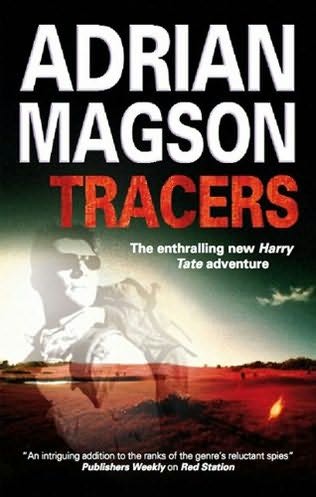 NO PEACE FOR THE WICKED

NO HELP FOR THE DYING 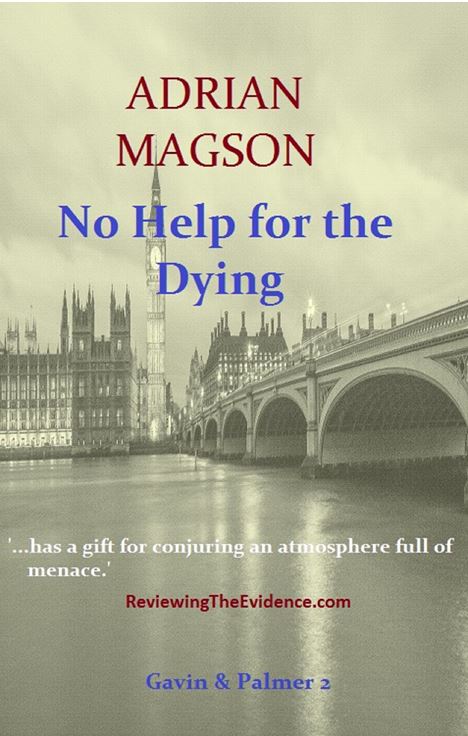 NO SLEEP FOR THE DEAD 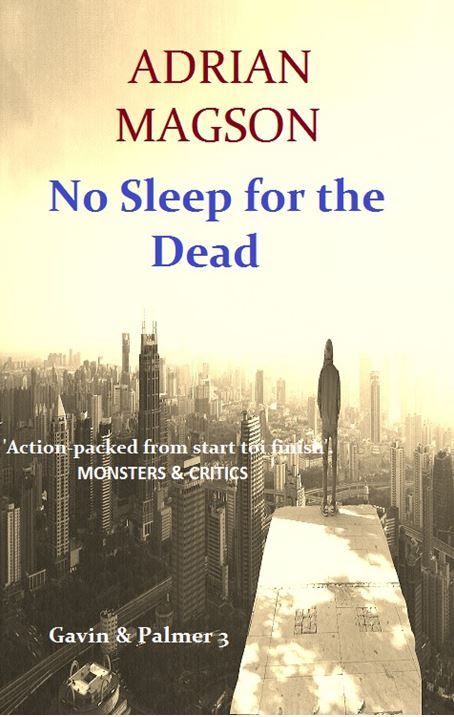 NO TEARS FOR THE LOST 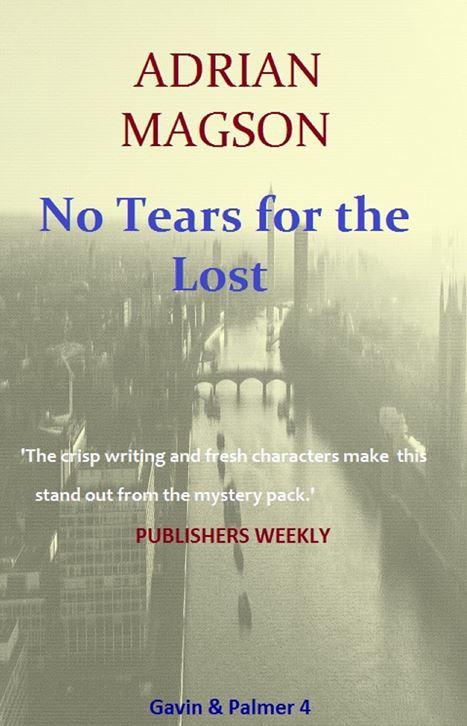 NO KISS FOR THE DEVIL 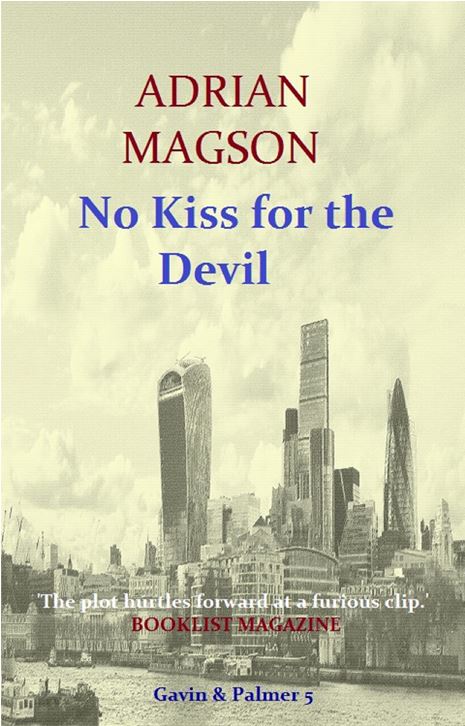 Death at the Old Asylum 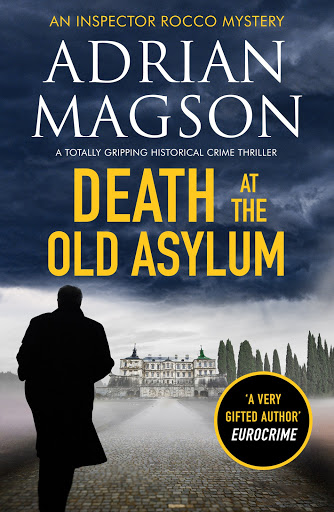 Rocco and the Price of Lies 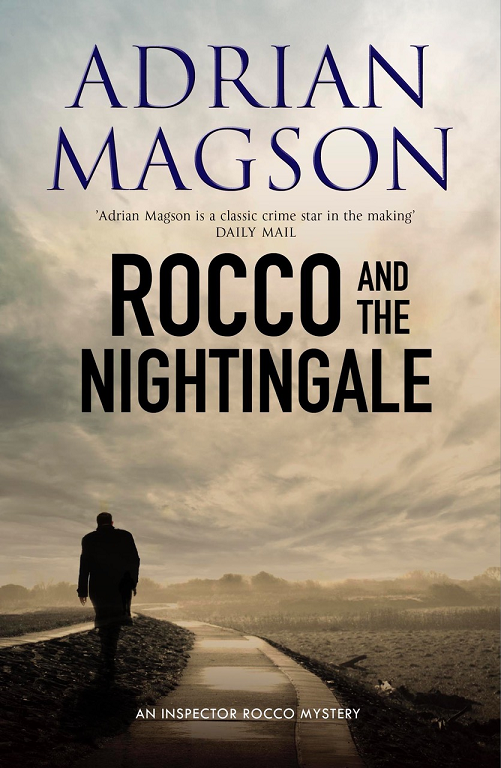 Rocco and the Nightingale 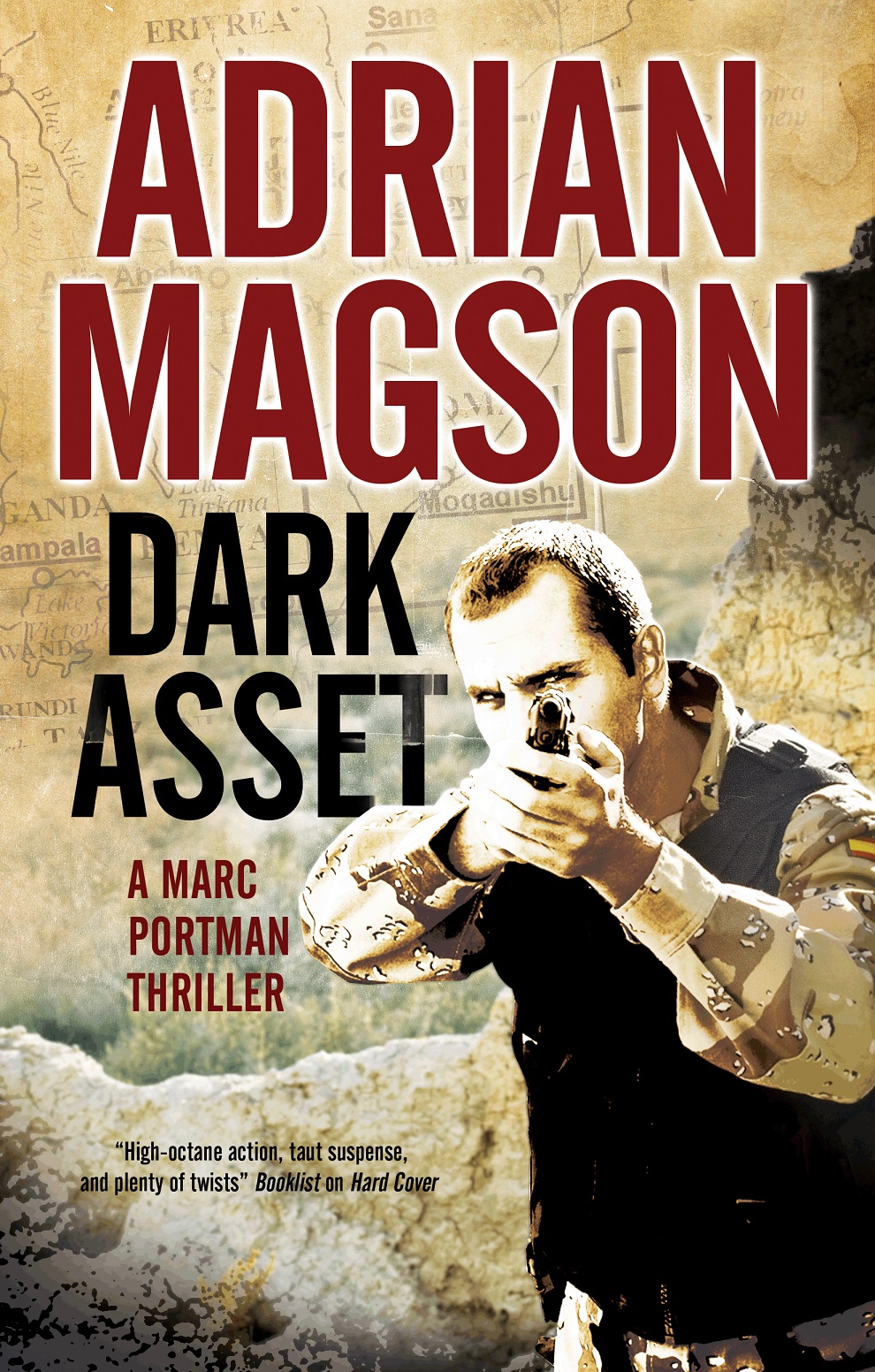 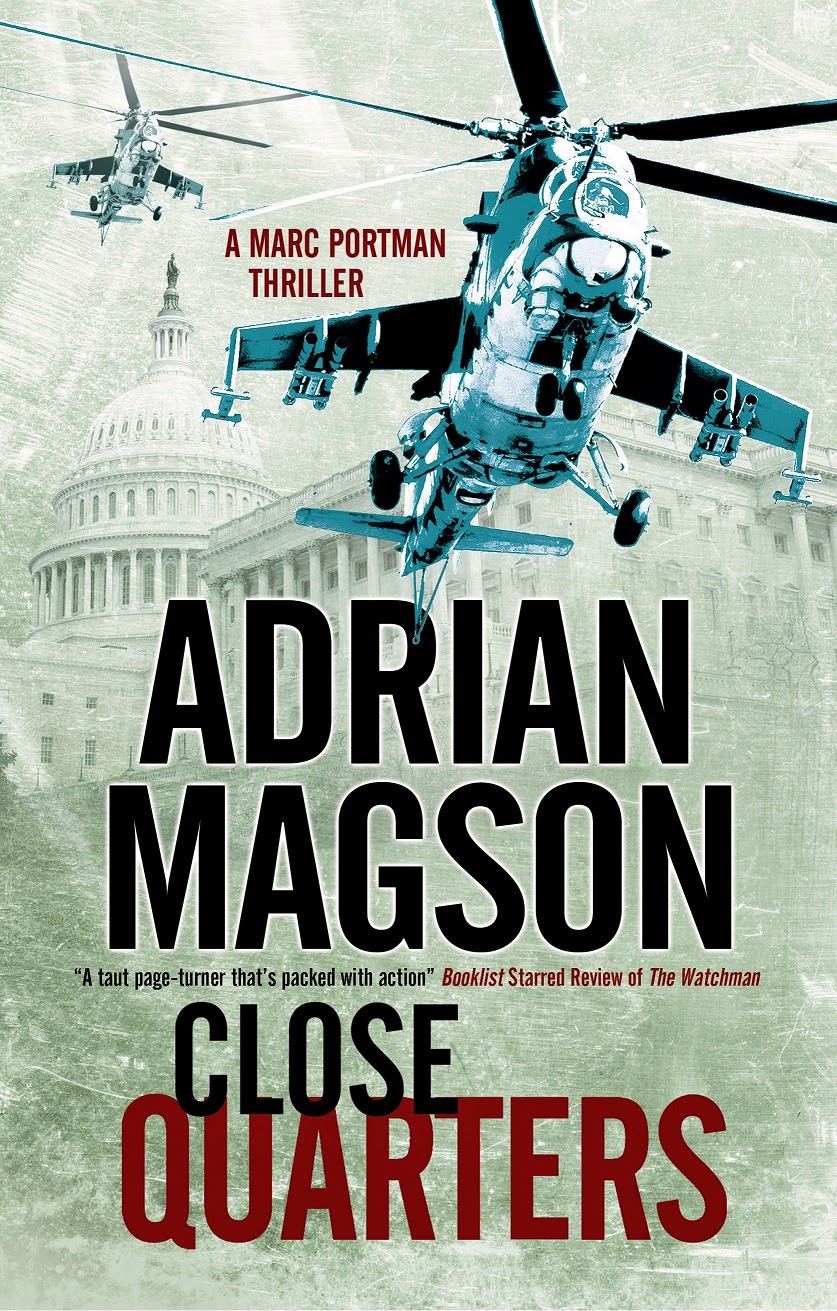 ROCCO AND THE SNOW ANGEL

Death at the Clos du Lac

Adrian Magson
I'm the author of 21 spy and crime thrillers, a YA paranormal novel, a crime/adventure cross-over and 2 short fiction anthologies. I also write book reviews for SHOTS Magazine and the 'Beginners' column for WRITING Magazine, and from that have completed a non-fiction book - 'Write On! - The Writer's Help Book'. Represented by David Headley of the DHH Literary Agency, London - http://www.dhhliteraryagency.com - email me on: magsona@btinternet.com

Death on the Pont Noir

Death on the Rive Nord

Death on the Marais